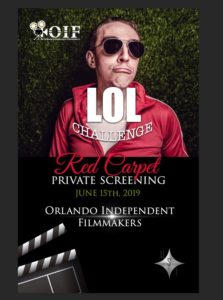 Awards for this challenge:

Audience Award (Certificate – one per block)