Welcome to the Official Page for the 18th Challenge Screening! 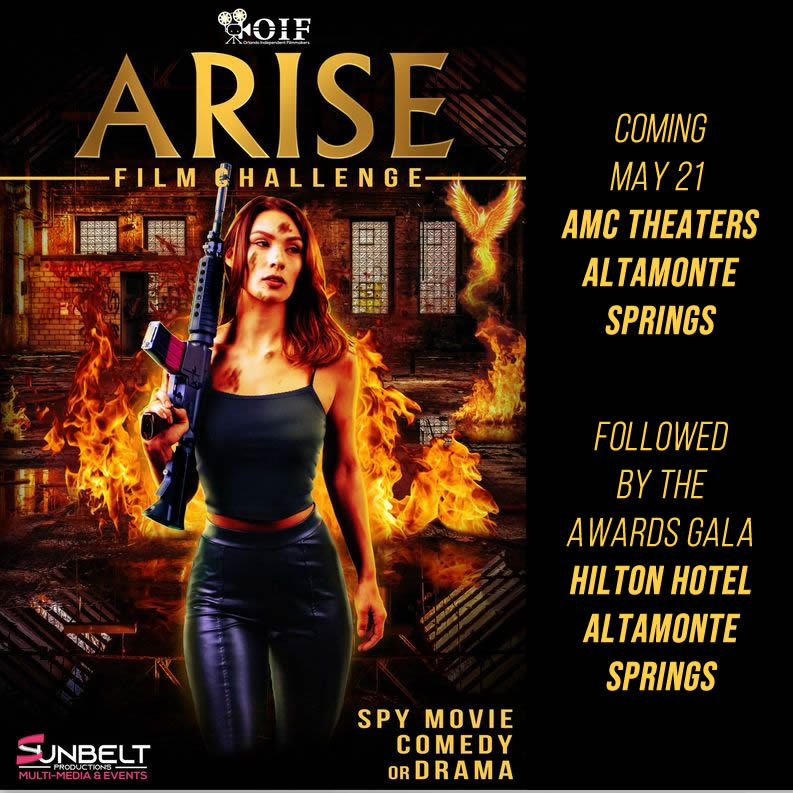 DRAMA
Ember
Believe
For You (by Zach Tuttle)

SPY
The Sparrow, and the Raven
Missiya
Gone Gray (by Koura Linda & Spaceship)

A highly trained spy, who wants to get out of the game, completes one last mission, little does she know that she has discovered the key to new technology and the secrets of her past that could change the world and her own life, forever.

Three spies are sent on a mission to gather intel when they are faced with a greater challenge than expected.

A lone agent in search of the truth about a mysterious organization with unexplainable power.

The Sparrow, and the Raven – David Kashner

A sparrow spy falls for an assassin and unravels the answers to her past.

Two thieves find themselves in danger as they are caught in the middle of a battle between two crime bosses.

A spy for the American government must team up with a member of British Intelligence  to recover information regarding a possible domestic terrorist. Things go awry when their styles clash, and Dane must decide if he can trust this enemy agent.

CIA SALON: Retired CIA Operative protects his daughter and her artwork in the midst of a home invasion.

Mitch Woods is an agent with a long history in the spy game. After his latest mission someone tries to kill him. Now it’s a race against time to find out who the unknown assassin is.

A captured wisecracking secret operative fights to find the strength to live after a failed op ends in disaster, with only one way out.

An agent returns from his travels, finds his coworkers dead, and gets help from an unexpected source.

The private investigator’s task with following a suspected adulterer becomes the number one suspect in the murder of the adulterer.

Chad McCall is an undercover FBI agent ordered to infiltrate a known drug trafficking organization. But when Julius (the head of the organization) gets a tip that he has a snitch in his mist. Chad will find Himself in a judgment call for his life.

A CIA agent is forced on a mission to kill his best friend who’s gone rogue and aligned himself with a politician’s plan to end the CIA once and for all.

The Emancipation of One Charles Charley – Jacob Massaro

Judge Daniel’s day turns increasingly bizarre when he presides over the emancipation trial of Charles Charley from his unbelievable parents.

The Art of Sneakiness – Joe Boi

A high school student receives a letter from a super-secret society who try to find only the sneakiest of kids.

Explosion in the mountain – Marc Lucia

The director of an overbudget spy film has to justify if the footage they have shot so far is good enough to get further funding.

A down on his luck guy falls asleep and dreams he’s a secret agent, now he must face some unusual foes.

Should You Choose to Accept It – Zach Cronin-Hurley

After growing attached to her quirky intelligence officer, super spy Martha must take desperate measures to escape a date from hell.

Did We Become Spies? – Nathan Bradford

A slow-witted brother and sister duo try becoming spies to infiltrate a protest group and catch a pet thief in the neighborhood.

Three high-schoolers’ plan to make a name for themselves by stealing the principal’s prized possession is accidentally derailed by a gang of burglars breaking in the same night.

How to Sneak Into an R Rated Movie – Alaina Jaye Antrim

Two teen girls come up with a plan to sneak into an R rated movie.

A hospitable office worker must keep his calm while playing a board game with an inconsiderate intern.

During a long day of Filming, A production assistant is trying to make a bagel during a break in filming, but Is prevented by the production calling for assistance and while called multiple times. the bagel supplies decreases until the bagel he prepares is eaten by the main actor and thrown away.

Two newly partnered coworkers confront the absurdities of life while waiting for their boss to arrive.

An eternal being with writer’s block confronts the mortal who beat her to the story.

A guarded woman longing for a meaningful relationship is confronted by a gregarious man claiming to be a dog.

A few broke roommates try to afford resources to throw a birthday party while their monthly rent is due.

Mitch, a celebrity chef facing obscurity, is forced to work with a TikTok star in order to save his cooking show. Will the two find a way to work together, or will Mitch lose his mind in the process?

Small town rocker Jax wishes more for his band, but is it too much to ask for?

For you – Zachary Tuttle

Two lovers in financial hardship. Sophia is terminally ill and needs surgery which leads Jenna to get back into the ring to fight for money, to save the life that only matters to her.

How To Be Remembered – Angeliz Bruno

How does someone become remembered? Is it through fame? Through work? Or the nice old lady who lives next door? With their sisterly bond ruined, two sisters must face the frustration of moving on together during a world wide pandemic.

Meet Me at the Rainbow Bridge – Petra Tressler

A well loved dog and his master are reunited at the Rainbow Bridge.

The crazed director Charles Godard IV gives a tour of his set while secretly trying to reshoot his flop of a murder mystery movie, this time with real murder.

Before i Let You Go – Kelly Weaver

Jacob Myers gets a call from his mother. A call he never expected. Now he must find his composure as he faces something from his past.

A young teenage girl who’s love for the piano has her house broken into by the mafia, is given a last death wish.

Chris and his wife Meghan are excited for their new baby to come into the world when an unfortunate accident forces Chris to try and manage while dealing with the impossible.

Sarah is nosy and superstitious. Her neighbor Mr. West, is an odd man that she can’t help spying on. She decides to follow him one day hoping to catch him doing something crazy. But what she uncovers…. is a big pill to swallow.

During a part Maya sees something in the pool. When she falls inside strange things start to occur.

Love Me, Yet Hate Me – Krystal Derico

The wife of a millionaire experienced a turn for the worse mentally and emotionally. She then goes to her cousin for help, but her cousin ends up experiencing hurt and betrayed from the people she thought loved her.

After a huge car accident Raine is trying to conquer and cope with the effects and injuries she has encountered from the accident. Raine has to reteach herself everything she use to know and learn how to communicate to everyone with adjusting to what could be her new life.

Mine Since Birth: Stolen. – Shanita Brown

A child is stolen from her mother by the mother’s bestfriend. She has no knowledge of who took the child but doesn’t suspect her bestfriend. Her best friend is secretly dangerous and plans to take the child and raise her.

Before the Sun Sets – Malcolm Parrish

Maddox a 16 year old teen struggles to come to grips with leaving Central Florida to move with his father in LA. He skates with his friends one last day to try and make sense of things.

Follow Josephine’s childhood journey as she is embraced by a true friend with unconditional love.

The relationship between two step-brothers is tested when one of them falls in love with a radio talk show host.

Sometimes is easier to deny the loss of a loved one than learn how to live in their absence. Lana will create a world where Thomas never died.
We use cookies on our website to give you the most relevant experience by remembering your preferences and repeat visits. By clicking “Accept”, you consent to the use of ALL the cookies.
.
Cookie SettingsAccept
Manage consent