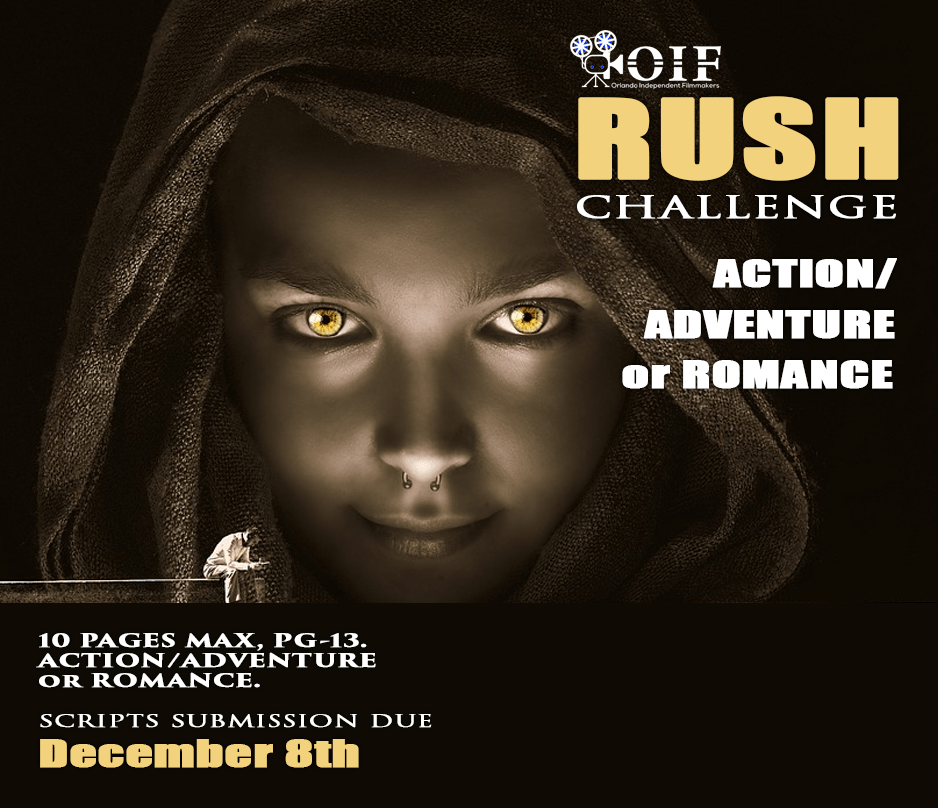 The Visionary [Action/PG-13] – By Brandon Rivers

A Reckoning [Adventure/PG] – By Dale Metz

Forever in my heart [Romance/PG-13] – By Florentina Kleiner

Rules to provide more opportunities and a fair chance at the awards ceremony:

Here is a link to the full guidelines: CLICK HERE

Special Agent Mallen, a Playboy, reluctantly accepts an assignment to escort a teenage girl to a safe house, only to find the mission to be more challenging than he thought when he’s forced to deal with an angry teenager and a determined assassin.

Two former assassins are forced to cooperate with an FBI agent to catch a multifaceted violent criminal that they’ve done several assassinations for. But things quickly heat up when he realizes one of them is too close to home.

A man on the verge of a scientific breakthrough gets a mysterious visitor who tries to stop him.

A retired special operative finds himself forced back into action and, suddenly, in the fight of his life.

Temper Peter [Action/PG-13] – By Will Umotong

“After witnessing the death of his little brother, a guy fights to get revenge against a mob boss while keeping his temperature above 99 or he dies”.

No one knows what’s in it, but everybody wants it, and they do WHATEVER they can…to get it.

The son of a formerly idolized champion of an underground fighting ring, decides to bring his father’s legacy make to make a little extra money to help him and his pregnant girlfriend when he is met with an impossible choice.

In the world of assassins sometimes love is a battlefield.

A teen seeks redemption following a car accident, that claimed the life of her older sister.

A group of robbers find themselves in an interesting situation when they end up robbing the same location.

A teenage boy who strives to be perfect, embarks on a journey with his 2 friends.

A man finds himself kidnapped by an intelligence agent from a Caribbean nation who wishes to defect to the United States.

widower, on the run with this eight year old son, narrowly escapes local law enforcement with their lives, an age old secret, and a ruthless pursuer on their trail.

The Visionary [Action/PG-13] – By Brandon Rivers

James Spencer, a famous detective known for his special ability is presented with his biggest case yet to save the mayor’s from 3 of the cities biggest terrorist. He realizes time is not on his side to find the mayor’s where about. Him and his partner David Beucannon will be pushed farther than they ever imagine.

After years of being incognito, a certified human weapon returns to her hometown to retrieve the ashes of her dead mother but, discovers her time away didn’t save her from past enemies.

We find out what happens when adult friends refuse to grow up and other just don’t understand.

The Evil Krampus and his Mistress of Evil Jackie Frost has kidnapped Santa so, it’s up to Black Diamond and Ivory Fist to save Santa using the power of Funk Fu.

The Jacket [Adventure/PG-13] – By Damien Shane

After purchasing and wearing an old jacket from Goodwill, a young man encounters some intense flashbacks that lead him to an unsolved murder. Now, he, his girlfriend, and best friend are on the hunt for answers.

Originating with the trials of one woman centuries ago, a group of kids are left clues to a mystery bigger than any of them ever expected.

A Reckoning [Adventure/PG] – By Dale Metz

A group of teenagers befriend a homeless man and discover magic that goes beyond friendship.

When four teens wake up in an unknown land with no recollection of how they got there, they realize that their fate lies in their ability to survive reality.

A young boy takes an adventure that no one should ever have to take.

My Movie [Adventure-Comedy/PG-13] – By Brian Furber

An adventurous short film about how a man who lost everything was still able to find his true self.

Two so called famous actors who compete against each other, receive a lesson in the afterlife

An uber uptight businessman who is forced to get a lift from a rideshare service ends up getting more than he bargained for.

A Friendship story between Jody and her fish pet Lucas

Little girl chose a Dare while playing Truth or Dare and what she finds out leads her to  become a hunter.

3 filmmaking buddies rush into capturing their idol on film for a 24HR film challenge and end up having an experience of a lifetime.

When opportunity knocks,  will Betty be ready to open the door to her fate?

When love’s GPS sets your destination to a beautiful blissful marriage. Suddenly, makes a left turn and detours you to a dead end. What do you do? Turn around and remain lost or create your own lane.

An up-and-coming and quirky actress, has a one-on-one love scene rehearsal with her famous co-star, where she crosses the line and jeopardizes her career.

Can a couple’s boredom survive temptation?

When three senior ladies, and three senior men, make up their minds to fix what they think needs fixing, a series of coincidences follow around every corner

Two enthusiastic anchors give live commentary on a series of simultaneous dates. In this game of love, only one couple will victoriously leave happily together.

The year of 1970, a massive riot happened outside of Yani’s Nightclub. Will this night turn into something good, or something bad?

After her sister nearly dies as the result of a toxic relationship, a young girl seeks justice that spirals out of control.

A young trans woman endures judgement and reduction of validity against her identity as she attempts for new found love.

A teen expresses her emotions through music and gets to find true love because of that.

Forever in my heart [Romance/PG-13] – By Florentina Kleiner

When two people in love find themselves broken.

A woman receives unexpected gifts after her pet passes away.

Eva and Miguel had a relationship that lasted 10 years which ended in disappointment and they meet after 3 years with moments full of emotions and comedy.

Studious guy seeks love but can never make a love connection, takes a bet from his best pal to try a new approach.